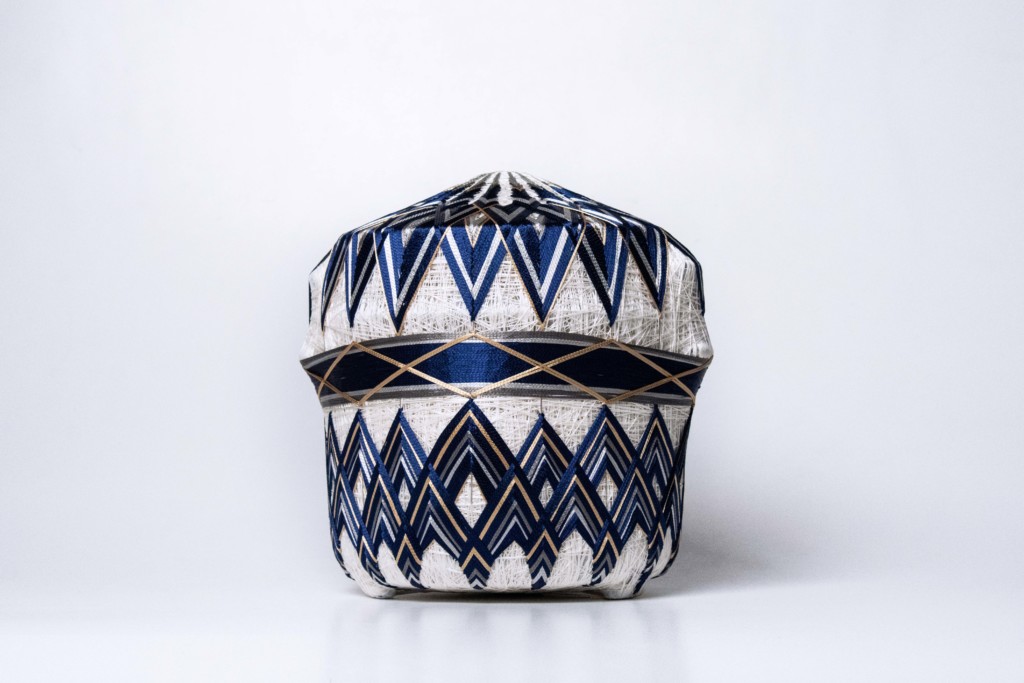 Designer Weixiao Shen captures and reveals ignored and hidden fragments in her work.
Wrap Away is based on her research of the Japanese Temari ball history. The Temari ball originates from the Chinese ancient football game, Cuju. It spread to Japan, where only men of the royal family had the privilege to play the game. The women in the palace weren’t allowed to participate, so they started claiming the ball for themselves, by doing intricate wrapping and embroidery on it. Through the craft, the functionality of the ball gradually changed: now it exists as a purely decorative ornament and is regarded as traditional Japanese handicraft. During the same period in China, the game became so popular that both men and women were allowed to play it. It gradually became eroticised, because prostitutes would play the game with their guests in order to attract and please them. Due to this association, since the Ming dynasty, when the game was banned, it has gradually vanished.

There continues to be a conservative expectation set for women by Asian society. But in this history, many women have fought this expectation. Sometimes it’s obvious, like the Chinese
women participating in the game, creating a certain level of equality, sometimes it’s subtle, like the Japanese women using their feminine craft to subvert the original purpose of the ball. Weixiao Shen asks how we can continue to fight against the persisting expectations of women in contemporary culture, using the already set conservative expectation of textile embroidery.

In this project, Shen applied the Temari technique on contemporary objects which are
traditionally associated with women, domesticity, and performed femininity: a rice cooker and a sewing kit. By applying the Temari technique, the intricate decoration completely takes away the functionality of the objects. In her position as an Asian female, the choice to use this embroidery technique is not accidental. Paying attention to this time consuming process is an empowered act; in an age where everything can be instant, the slowness of the craft demands dedication and subverts expectation of functional objects in design.