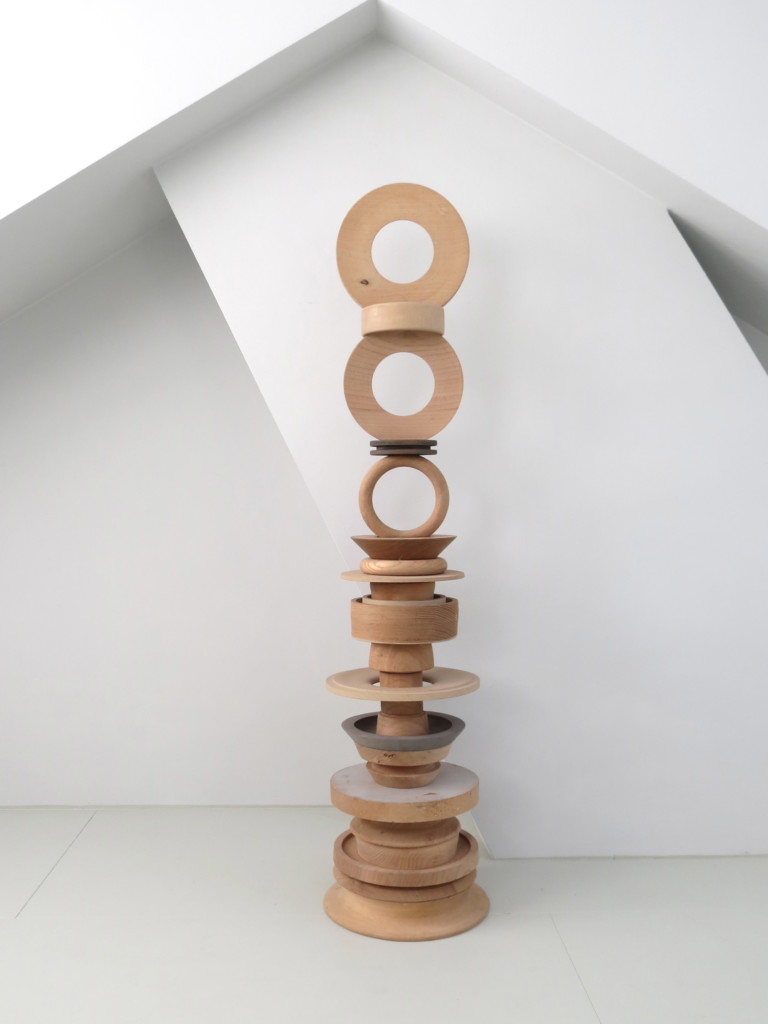 Ruben van der Scheer works with wood; he was trained as a traditional furniture maker, but in recent years has started working more autonomously. In his work he investigates the tension between form and function. He also looks for where a form ceases to be a form, for example when a line is no longer a line. Or what the function of a circle does with the shape of a circle. Van der Scheer always works with native wood, sometimes the result is furniture, sometimes a form without function.

Maria van Kesteren, who has been a mentor for Van der Scheer in recent years, has been working as an artist with the wood lathe for 60 years. “Afgewezen Werk” is made from unfinished / discarded works that Van Kesteren has collected in her shed for years. She could not renounce it, but she could no longer use it herself. Van der Scheer was allowed to choose a box full of shapes to use for new work. At first his starting point was to ‘turn over’ the wood piece by piece into new works, but it was precisely the shapes as they lay on the shelf in the shed for years that appealed to him. They also give a nice idea of Van Kesteren’s archive, they show her traces: splashes of paint, a marking or a note, morsels of the chisel, woodworm. Van der Scheer keeps the works in their original form and uses these as historical building blocks. This totem is an ode to rejected works and of course to the endless form; the circle.