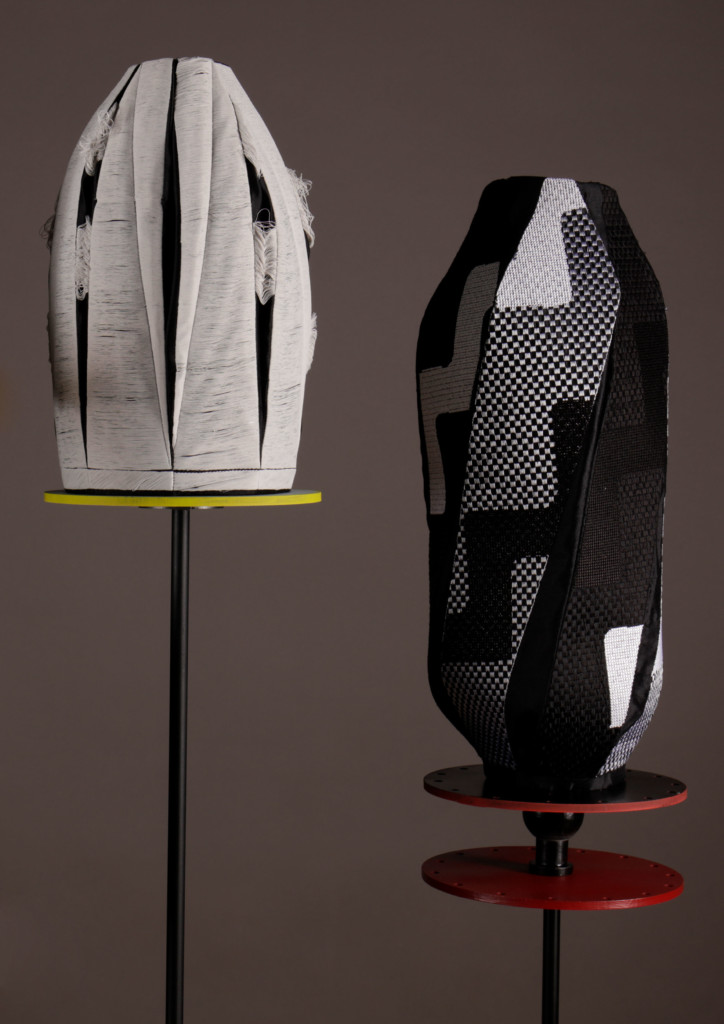 Marieke van de Ven’s work is characterized by material processes with a focus on research in various crafts such as print, embroidery and basketry. With a background in pattern cutting she tries to renovate the craft processes, pushing them to contemporary objects

Amphorae, a collection of tailor-made vases is influenced by the juxtaposition of
historical and archetypical ornamental elements. A re-appropriation of the Ancient Greek vessel in combination with the costume construction of an 17th-century sleeve. Using embroidery, print, basketry and pattern construction the ornamental pieces are a re-thinking of the ready-made to form a framework of ideas. Incoherent elements warp together in the search for incongruity between the familiar and the unfamiliar.