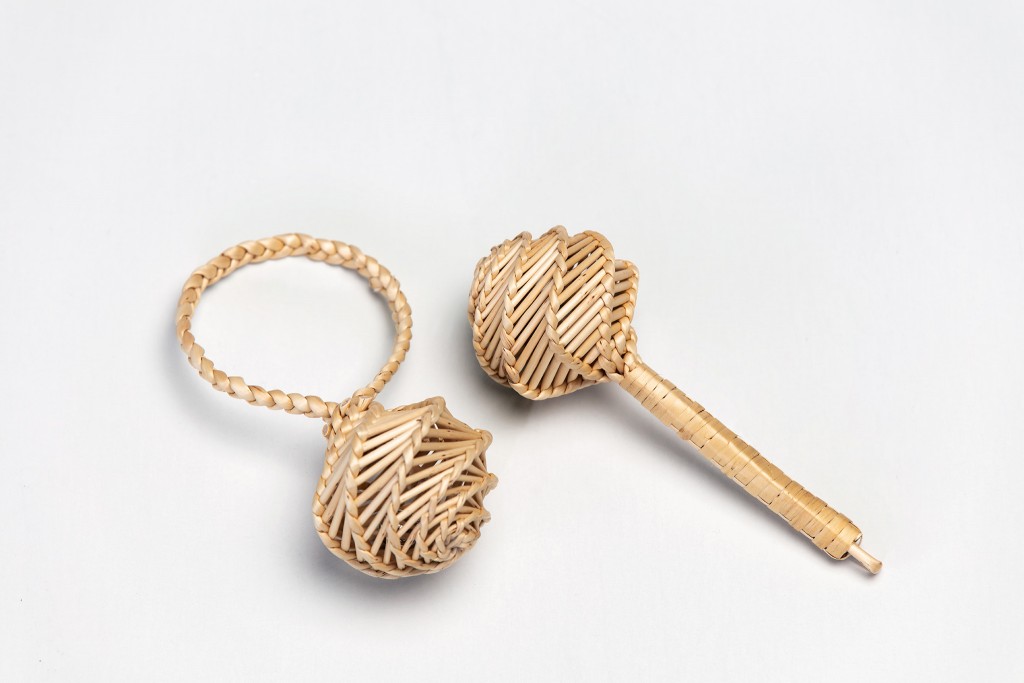 The rattle is woven from seven willow twigs and encases seven stones. The twigs represent the seven virtues, which restrain the seven sins (the stones). A rattle was traditionally given as a gift to parents, ‘to protect a child from harm and allow it to grow up in peace and happiness.’