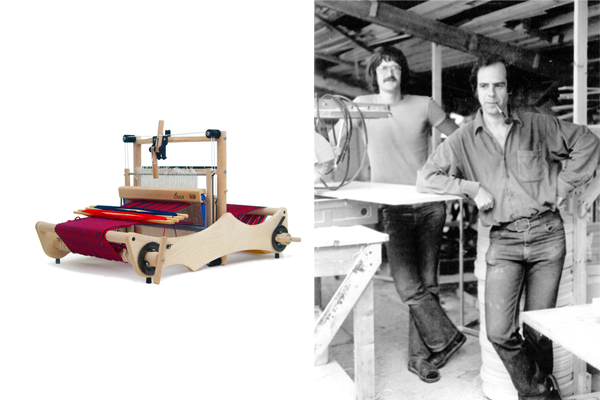 In the 1960s, Jan Louët Feisser and Clemens Claessen studied at AIVE in Eindhoven. Little did they know that it was at that textile department of the academy where the concept of Louët was born. Both Louët Feisser and Claessen were extremely inspired by the looms and spinning wheels during their studies. It took a few more years until Louët officially opened its doors, in 1974. The first production took place in the chicken coop in Louët’s parents’ yard that had been transformed into an improvised workshop. Spinning was extremely popular in The Netherlands at that time and for Louët the orders kept coming in. Friends, family and acquaintances gave a helping hand to meet the demand. Louët is now the international market leader with spinning wheels and looms.

Louët shows the table loom Erica at HOW&WOW – Studio. This table weaving loom is named after Erica de Ruiter. For forty years she did research on fabrics using only three shafts. Discover the technology behind this through live demonstrations.