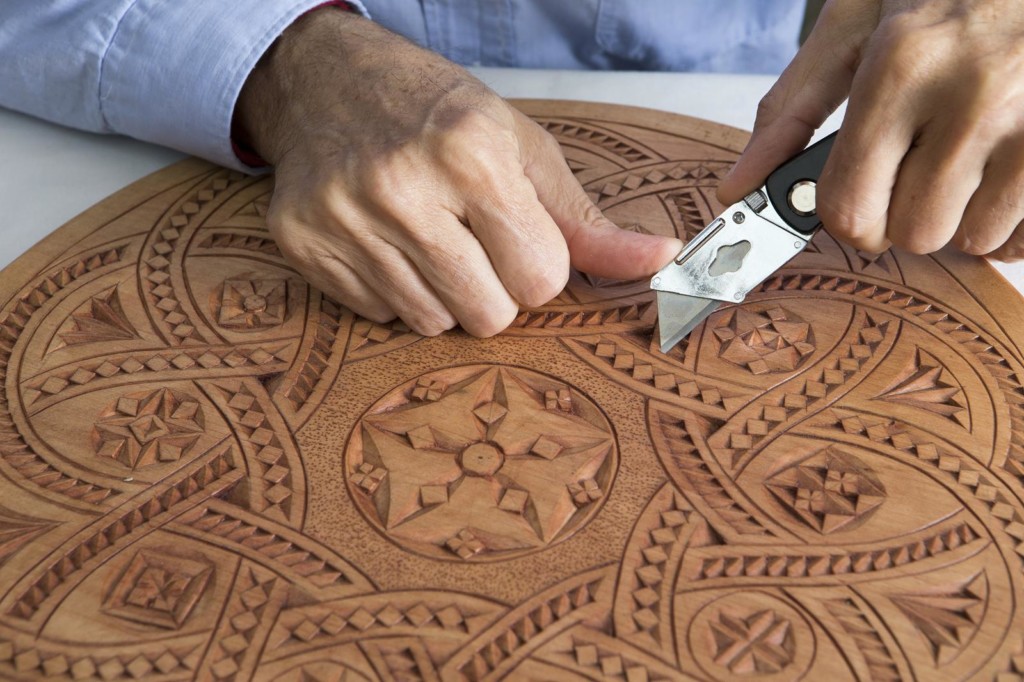 Woodcarving is an exceptional craft. Carving in wood has a long tradition in the Northern part of the Netherlands, especially in Friesland. Therefor this kind of woodworking is also known as Frisian woodcarving. It is a decorative craft and was mostly practiced by sailors and farmers on the countryside, often during the wintertime when there was not much work to do. All kinds of wooden utensils are decorated with geometric motifs such as stars using a small knife. These folk art motifs are 1000 years old and were presumed to be symbols of good fortune and a good life and also protect against evil.

Erno Korpershoek has been active as a woodcarver for many years, it is a tradition in his family; his grandfather was also a wood carver. Korpershoek delves into the history and technique of this craft, collecting antique wood carvings and writing books about the motifs. Korpershoek now is a key figure in Frisian woodcarving. He drew hundreds of historical motifs, as a guide for contemporary cutters.