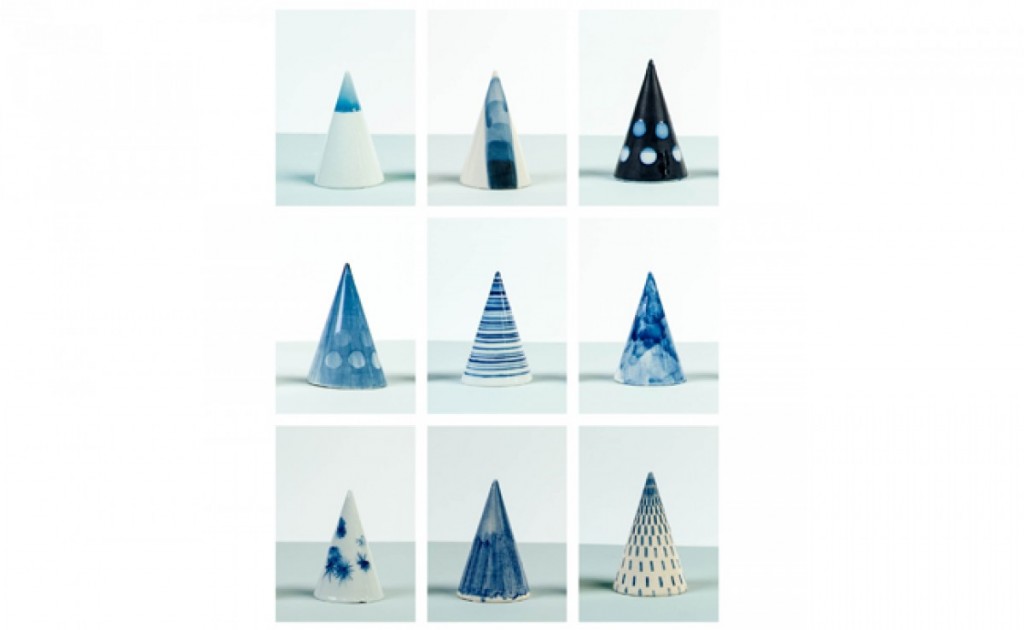 Tim Vanlier (28), a graduate from the Design Academy Eindhoven, believes in the power of craft and the act of making. With this pure and honest way of creation he refers to the craft of Delfts Blue that consists of nature, strength and craftsmanship. As a designer he can build on centuries of craftsmanship knowledge. Within the framework of tactility Vanlier experiments with colour, materials and the manufacturing process that lead to unexpected results. 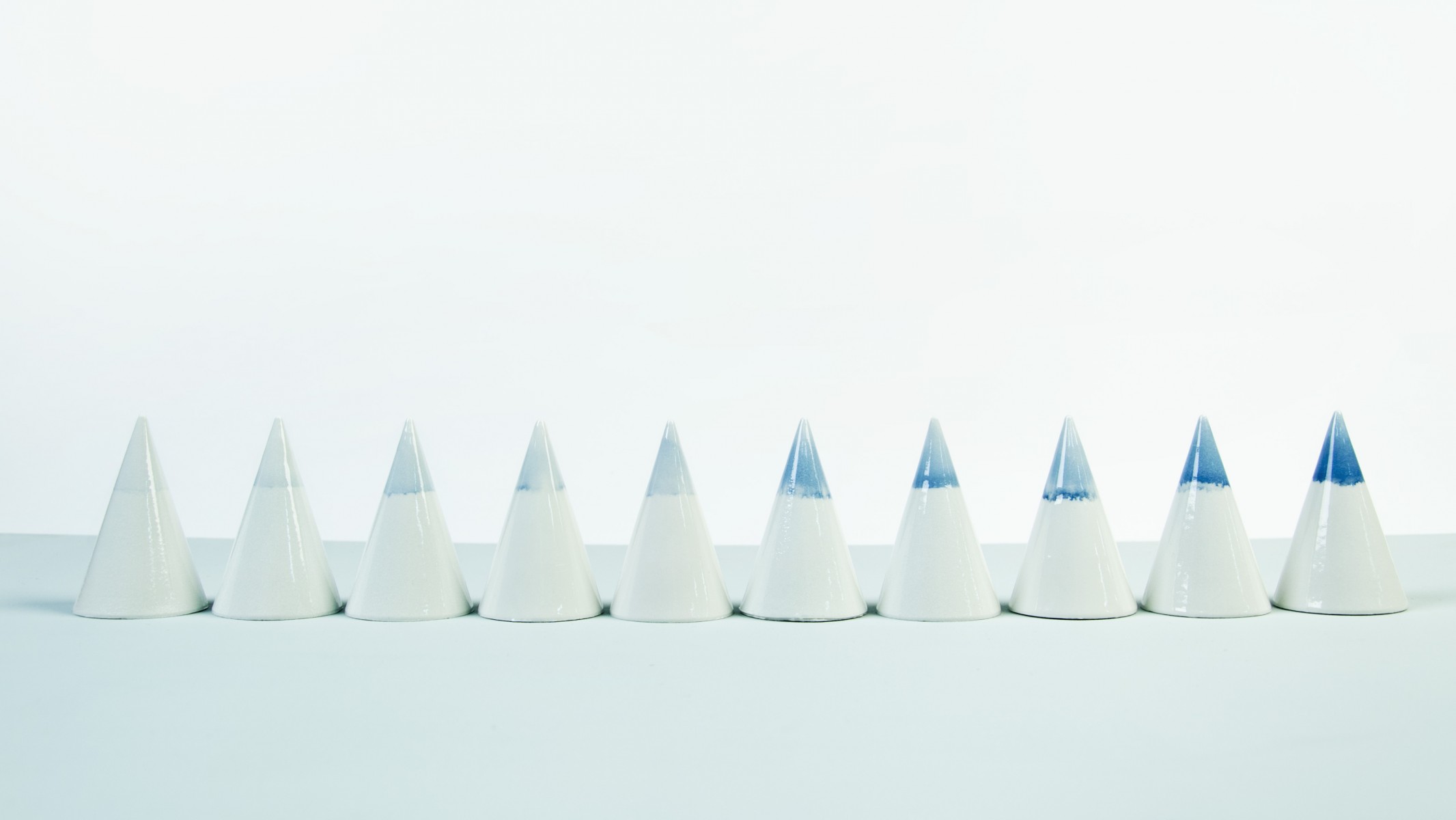 Tim Vanlier is not a ceramist, but specialised in the making of Delftware, developing a new view on this traditional craft. The Delft Blue objects show intricate artwork that requires years of training; Tim set these pottery rules aside and took eight months to experiment with new methods of shaping, painting and baking. What if you take a tiny detail from a 16th century plate and enlarge it in an abstract way? Or use wastewater instead of actual paint to create a new colour gradient? And how can a sandblaster contribute to special effects? The answers are found in this refreshing collection of seven porcelain vases, simply called BLAUW. 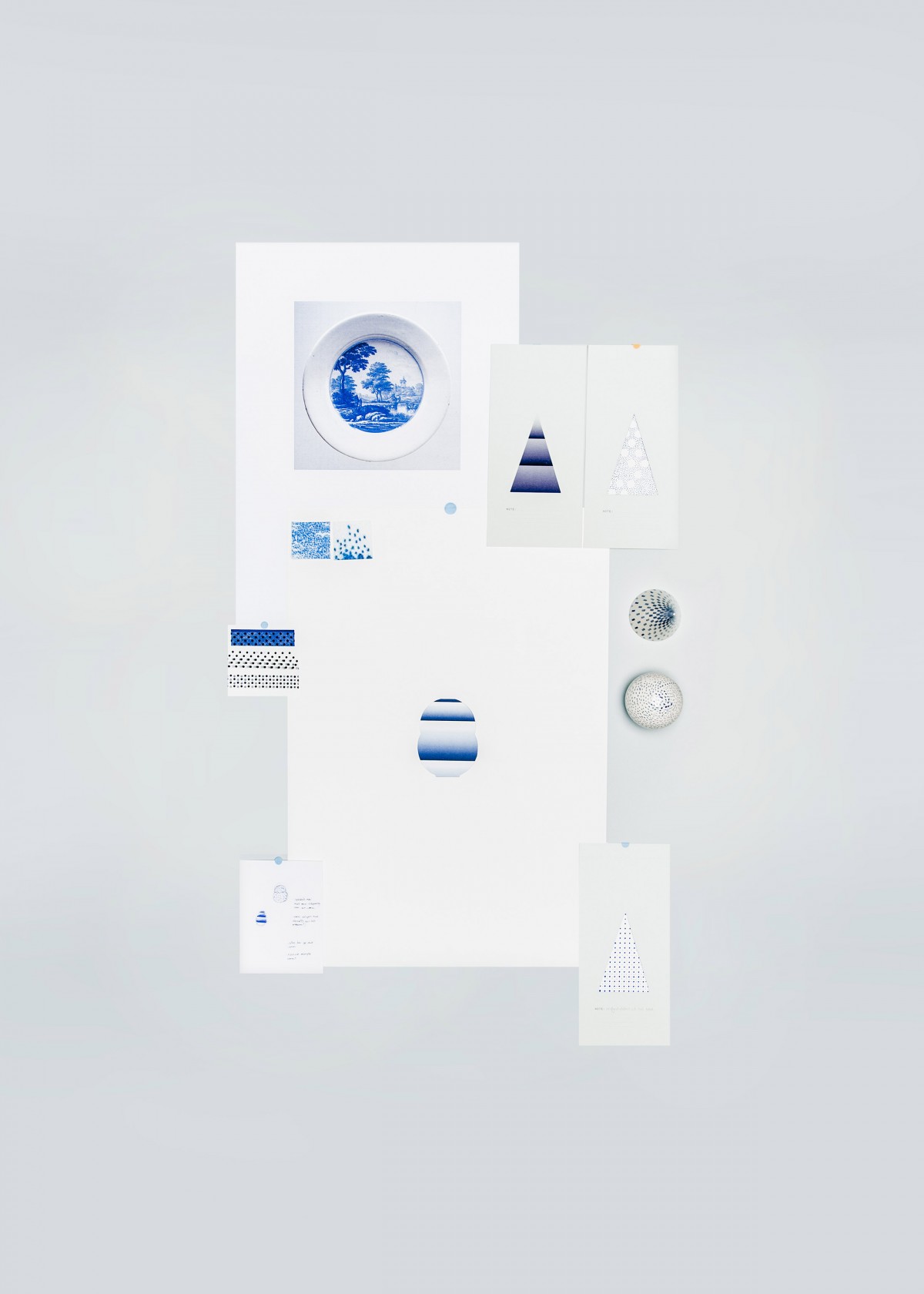 Vanlier was able to rent a workshop at studioZAND by Frans Ottink during the execution of the project. Partly because of the expertise and assistance of Ottink the project became a success. 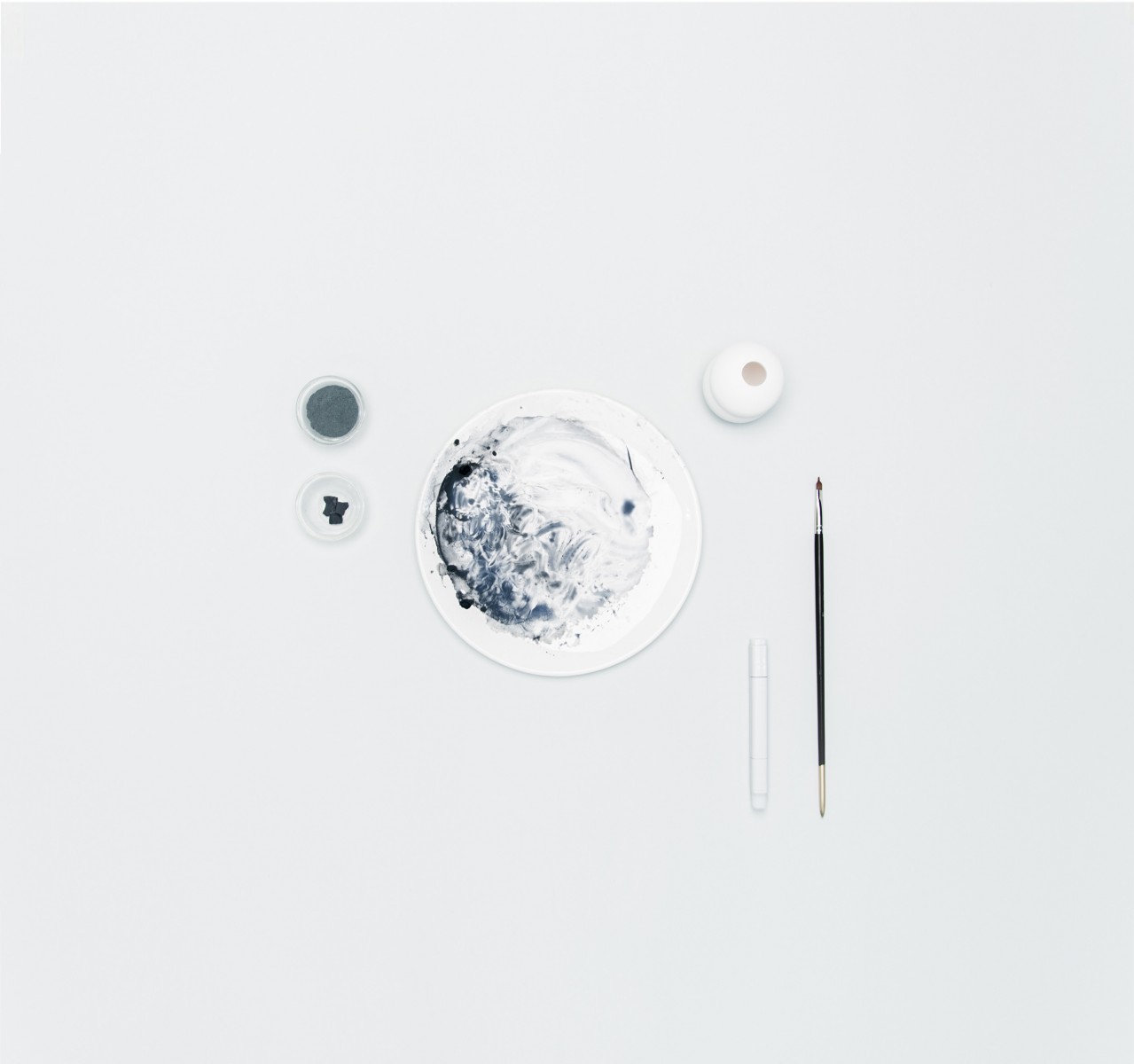 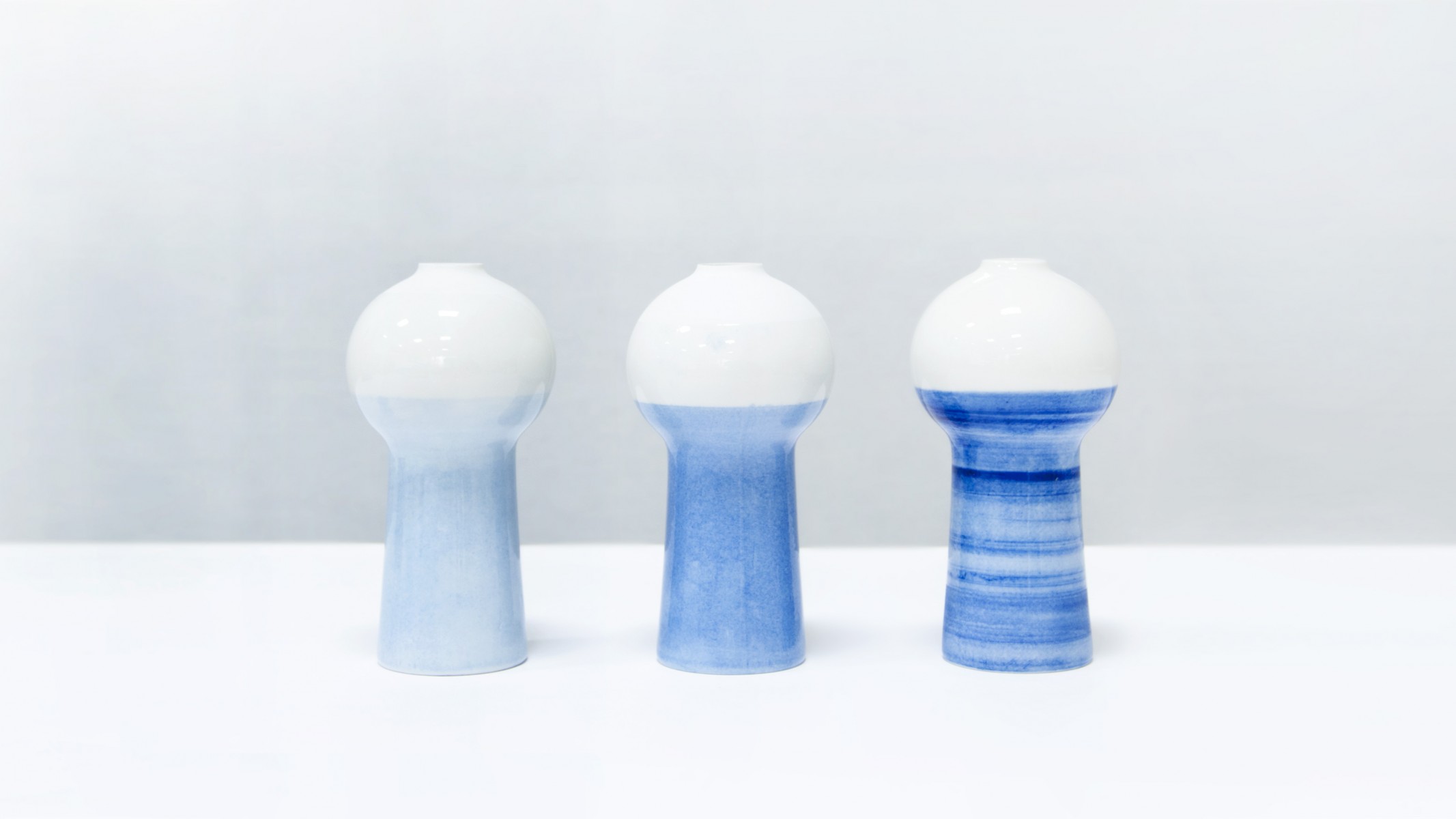 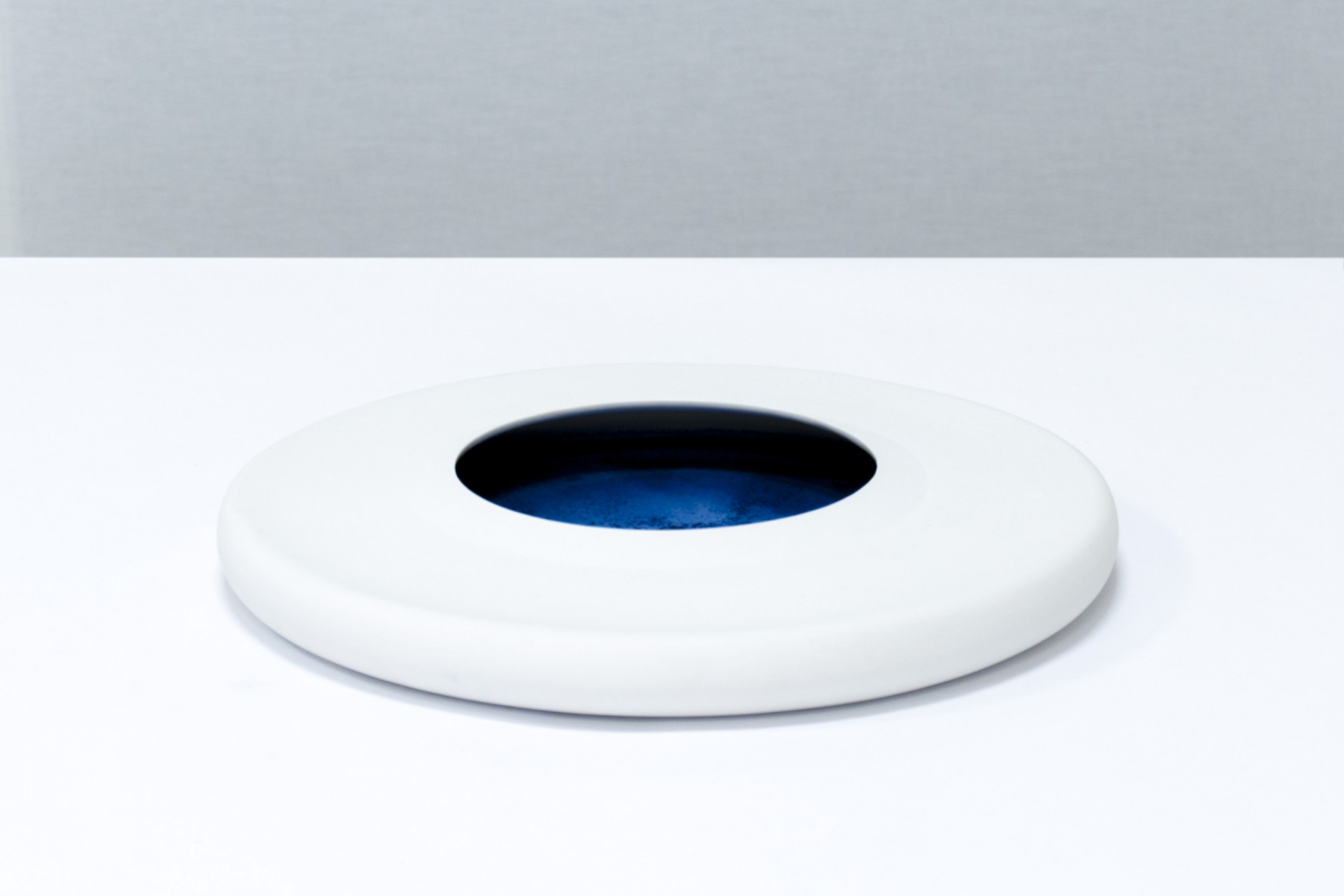 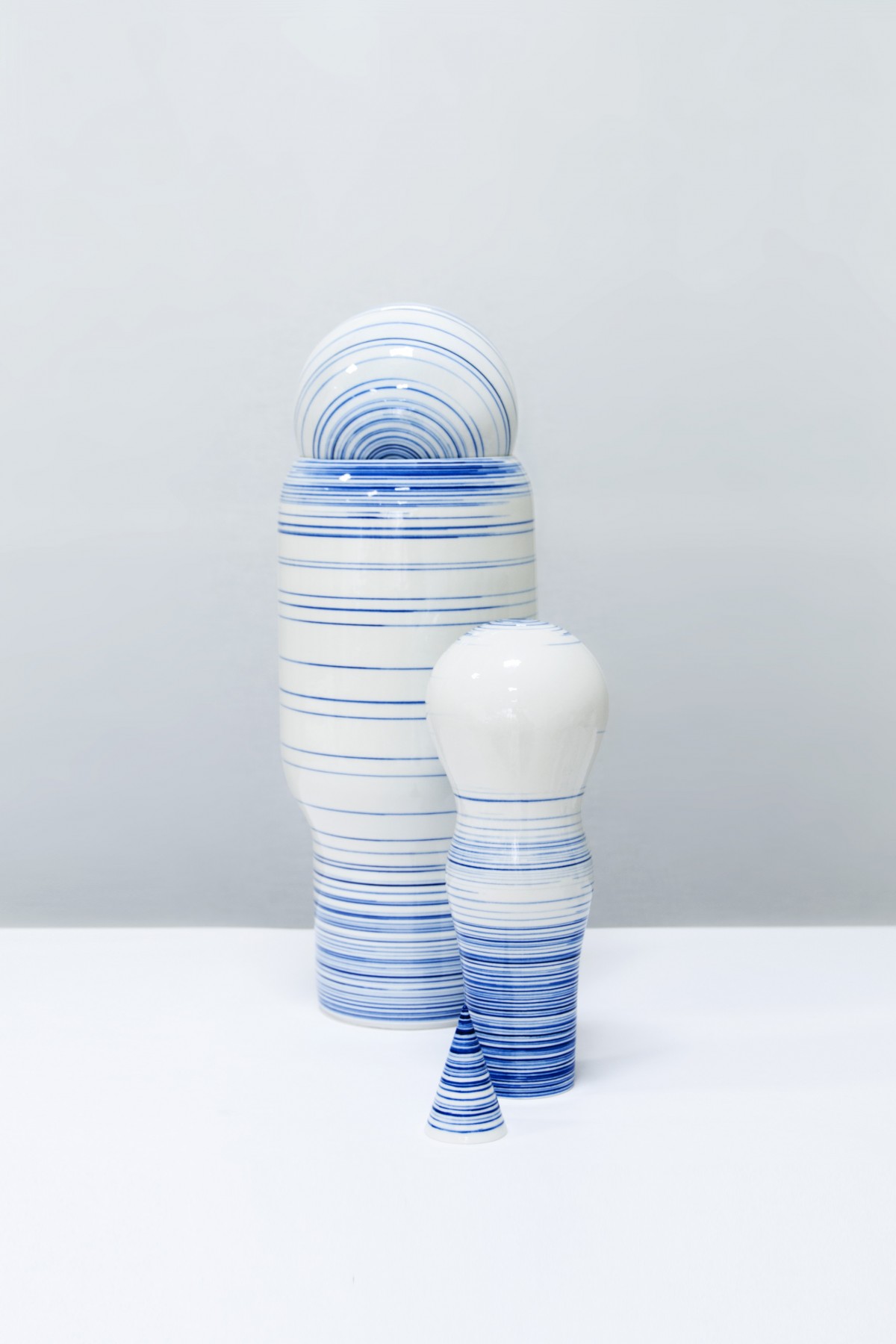 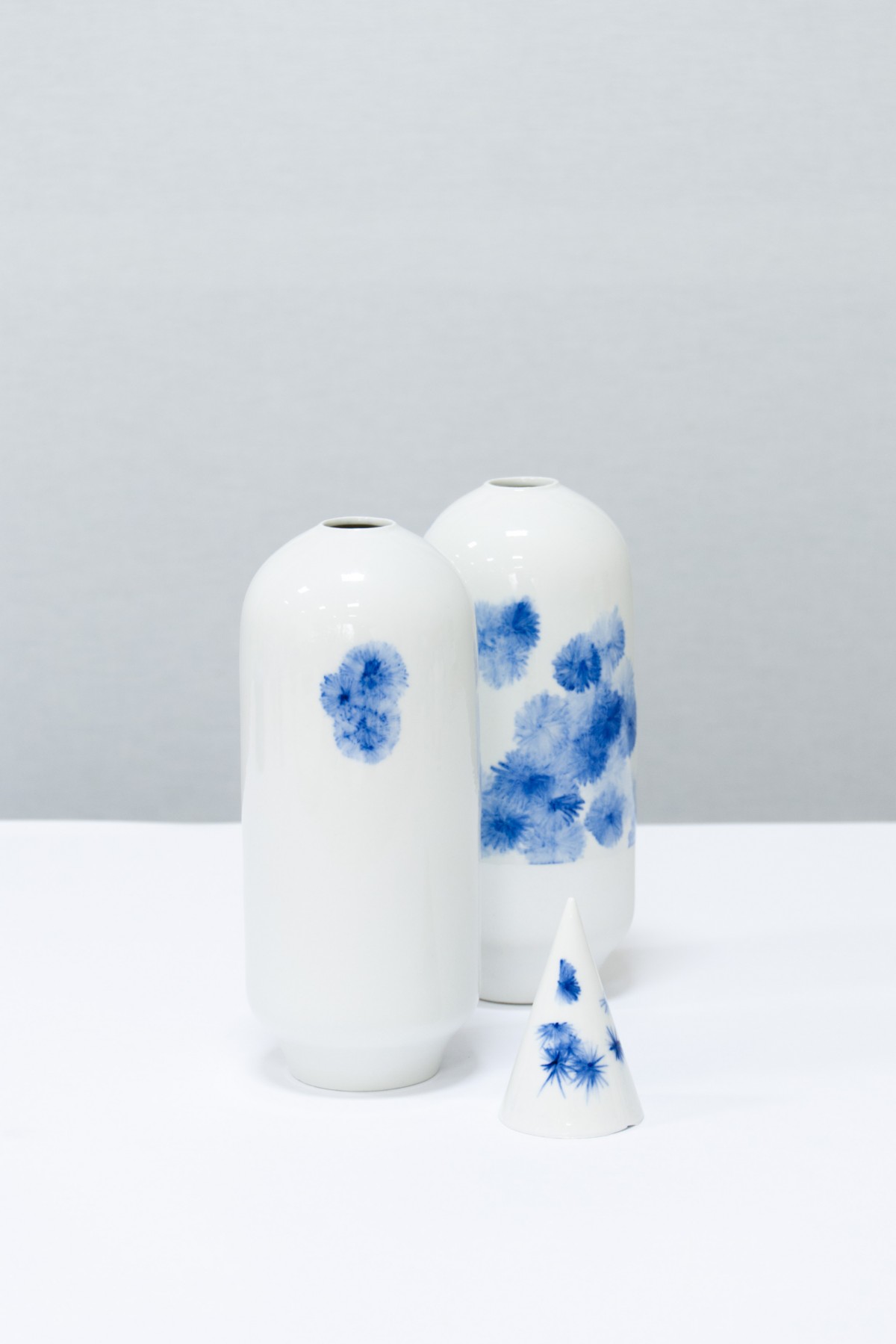